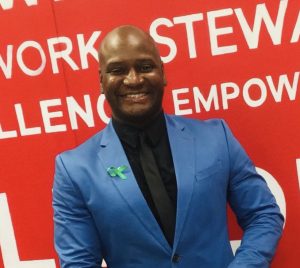 Brandon Perry is a native of Youngstown and a 17-year Veteran of the United States Army. He is also the founder-CEO of City Kids Care, Inc., a non-profit organization dedicated to youth development, improving academic success, and promoting healthy lifestyles. The organization was founded in 2011 and has worked extremely hard at building relationships in the community. The organization has hosted over 250 free community events-field trips and currently serves over 4,000 children annually throughout Mahoning County.

Prior to founding City Kids Care, Inc., Brandon served five and a half years of active duty in the U. S. Army, stationed in South Korea, Fort Lewis, Washington and was deployed to Iraq in support of Operation Iraqi Freedom. He continues to serve in the U.S. Army Reserves and works for the Department of Defense. His government expertise in logistics management has enabled the organization to function in a capacity that provides services to large numbers of community members. Brandon’s leadership and commitment to our youths have been recognized both locally and nationally. Among those honors is the Military Outstanding Volunteer Service Medal (MOVSM) in 2015 and being awarded the Key to the City of Youngstown by former Mayor John McNally in 2017.